It´s time. On Sept 11 2016 the artists from Berlin will travel to Detroit in order to create with local artists who are part of Be-troit, in addition they will hold a workshop/concert series throughout the area. The project will be documented through the album and the documentary film both of which will be presented when the artists from Detroit travel to Berlin in order to present the project in April 2017.

# Be-troit, Performance / Poetry / Hip Hop Detroit – Berlin is an international Hip Hop / poetry / music exchange program between the cities of Detroit and Berlin which focusses on the contemporary forms of performative poetry and music and aspires new creations. It was developed by the partners at University of Michigan – School of Social Work (Ann Arbor) and Gangway e.V. (Berlin). Based on the impulses of the precursor project SPOKEN WOR: L: DS I, which brought sixteen artists from Nairobi and Berlin together in order to engage in a productive performance exchange in 2013 and 2014 and the subsequent project “DExZA” which was able to bring the same energy with artists Johannesburg and Berlin to large audiences in both cities, #Be-troit would like to continue this form of international creative exchange . Cornerstone of the project is the creative exchange process, which all participating artists enter into. It will take place in form of intensive workshops with mutual translations, adaptation or collaborations. # Be-troit also aspires to translate between the genres. Translation can not take place without the – social, political, geographical – context. Unique understanding is impossible in principle, there is always a multiplicity of meanings to a word, a gesture, a sound snippet – depending on the context in which one places them. To encounter (physically) linguistically, to move, to deconstruct, to mean something completely different from what one is saying, to piece together from oral archives or quotes, beats, lyrics and breaks, to switch between colloquial, professional and foreign language codes and in the process to play with layers of meaning, travesties and parodies, to invent stereotypes and/or bend them – all of this is not only permanent translation but impetus for creativity. Public festivals, concerts, readings, performances and discussions will take place in Detroit and Ann Arbor while the artists from Berlin stay in Detroit from Sept. 11 – Sept. 20 2016 (please find project related information on FB, Instagram and Twitter under @betroitexchange) and in Berlin (April 2017). During the performances in both cities spectators will be able to experience not only an evening at the cross section of music and poetry, they will also be able to trace the process of cultural/genre transfer. The project will produce a CD with studio recordings of all participants and a documentary. Both of which will premier in Berlin in April 2017th

# Be-troit is a project by Gangway e.V. Straßensozialarbeit Berlin and the University of Michigan School of Social Work in cooperation with No Boundaries, it is funded by The Berliner Projekt Fonds, Goethe-Institut Chicago, the Stiftung Luftbrückendank and the Friedrich-Ebert-Stiftung

For all additional information and for concert/workshop dates in Detroit please like and stay tunes to https://www.facebook.com/betroit2016andbeyond/ und  http://www.oladaden.com/be-troit/ 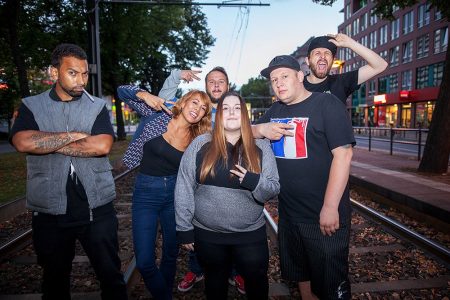 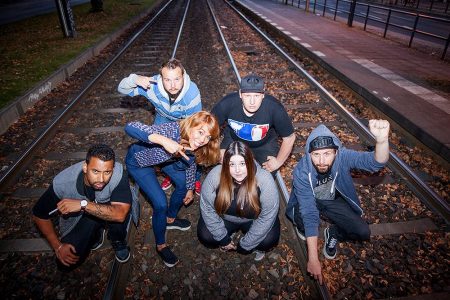 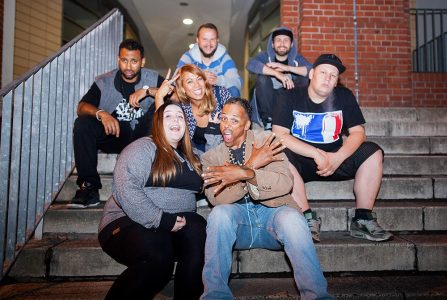